I thought that since I have consistently felt like I didn’t know what to say here for the past few years, I would go back to basics and report on the latest life chapter of my existence – being an “adult.”

I put that word in quotes because by society’s standards, I’m nearly a full-blown adult – eligible to vote, legal to drink in the US, all that jazz. But I still feel like I’m a child in many ways. I can be responsible, but sometimes I don’t want to be. I have a job now, but I still don’t really know what I want to do with my life.

Right after I graduated college, I had a very tough time transitioning to my new working lifestyle. Routine suddenly became much more central to my life, with the days of the week taking on very different connotations than they did in college.

Sunday was no longer a second Saturday – it was now a pre-Monday. I found that it made the most sense to designate a certain day of the week to doing inevitable chores, like laundry and vacuuming.

Over the years I’ve lived through key life lessons, teachings that I’d heard but didn’t internalize until I felt them firsthand. The thing is, they often don’t look like a lesson in the moment. A lot of the learning happens after the fact.

It turns out that overcoming difficulties builds character and helps you become a stronger individual overall.

COVID-19 has me feeling very introspective and nostalgic, thinking about people that I was once close with. Lately I’ve found myself wondering why we’re no longer in each others lives.

Apparently there’s no rhyme or reason to it, but I’ve realized that in order for me to be at the place that I am today, my life had to play out the way that it did.

Still, that’s one thing I don’t think I’ll ever get over – is people coming and going in life. On one hand, someone you used to share secrets with, the first person you wanted to share exciting news with, your go-to person for consolation in hard times, is no longer in your life.

On the other, even having access to such pure and joyful memories is a privilege and testament to the positive impact they had on my life.

But I’m repeatedly reminded that everyone changes, and people naturally drift apart. And that’s okay.

You thought you were one thing but it turns out that was just a phase of your life. One of the first chapters in hopefully many – personality ends up being constantly in flux based on where you are, what you’re doing and who you surround yourself with.

Being a zillennial (Gen Z + millennial combined – that’s pretty much what I am) also adds a fun twist to the whole thing. Being connected to people on social media from not just your present day, but also your past is an interesting phenomenon. You know about their new dog, but you don’t know them and how they’re ~really~ doing.

Another everyday phenomenon that never ceases to overwhelm me is the passage of time – brutally rigid and treading in just the one direction – forward.

When I was a kid, death was something I read about in books, but didn’t happen to anyone I knew. It was just a concept I had yet to grasp. Slowly, I’m learning that it’s an inescapable fate, which means that everything up until then is meaningless in both a depressing and uplifting way.

In other ways, the passage of time is magnificently beautiful. Places you once regarded as foreign and unfamiliar, become places that you’ve physically walked, experienced delightfully for a moment in time.

Coming home and seeing my parents is always a little surreal, nostalgic and sad.

Earlier tonight I was just standing there for like 5 minutes watching them unpack groceries. Almost wanted to cry.

I forgot how to be my own person. solitary, independent, driven & also confident. I have lost that confidence through body image issues, career blunders, etc.

And existential crises are hitting hard + mentally paralyzing me. Fear of failure + indecision are stopping me – PREVENTING ME – from making moves. Why, just cuz I’m 23 almost 24?

Inspired through, and working through it. Listening to podcasts, exercising some, eating okay, taking a break from drinking, cleaning more regularly, working hard at my job, being better about friends.

But also consuming way too much junk content online, worrying, being lazy/indecisive/unmotivated. Losing that drive. That thing that pushes you forward. Being influenced + clouded by friends, partner, family, society, my upbringing.

I want to…allocate my time better. Be more intentional with what I want to do.

Key discovery: I hold myself from action more these days than I used to. Why?

FEAR – probably #1. Fear of failure, social embarrassment, parental disapproval, taking a leap without a safety net/instructions, fear of the unknown, the future, the possibility, coming off as basic/tryhard, tying my identity + my life to a project.

but the real question is:

WHAT HAVE I GOT TO LOSE? WHAT IF SOMETHING GOOD COMES OUT OF THIS?

The earliest example of hindsight in my life that I can think of is the eternal ringing through my childhood of my mom telling me to take learning Chinese more seriously because I would “regret it when I’m older.” END_OF_DOCUMENT_TOKEN_TO_BE_REPLACED

Taska Black will be at Chop Shop with supporting act Rome in Silver Saturday, October 12!

ENTER TO WIN A PAIR OF TICKETS OR BUY TICKETS HERE!

END_OF_DOCUMENT_TOKEN_TO_BE_REPLACED

Hermitude will be at Chop Shop with supporting act MEMBA Thursday, September 19!

END_OF_DOCUMENT_TOKEN_TO_BE_REPLACED

Ready to rage every weekend? I’ve got you covered. END_OF_DOCUMENT_TOKEN_TO_BE_REPLACED

This podcast is inspired by the following text post I saw on Instagram a few weeks ago:

“You’re not behind in life. There’s no timetable that we all must follow. It’s made up. 7 billion people can’t do everything in the same order. What’s early? What’s late? Compared to who? Don’t beat yourself up for where you are. It’s YOUR schedule and everything is right on time.” END_OF_DOCUMENT_TOKEN_TO_BE_REPLACED

I just wanted to tell you about one of the nicest, most wholesome corners of the internet, if you didn’t already know about it. END_OF_DOCUMENT_TOKEN_TO_BE_REPLACED 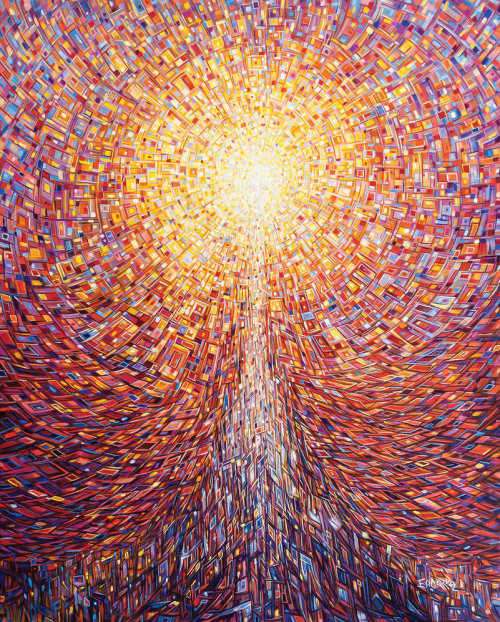 you have pretty dang good taste in music

you have nice eyebrows

you are a great listener