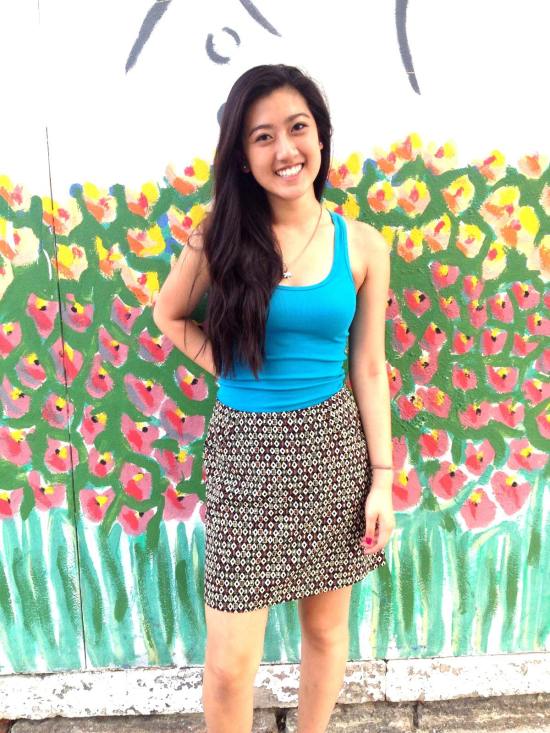 Me, debate camp 2013, from a photo album I dubbed “The Record Summer”

a lifestyle lost in another era.

Some of my closest friends lived on the other side of the country, but we didn’t mind, because debate brought us together. I always had a row of Gchats up in my Gmail tab, and I got hundreds of google alert emails over the years, tagged for “cuban embargo” and “port dredging” and “asteroid detection”.

Thinking back, it’s really difficult to imagine to what extent my life was ingrained in this activity. When I read back on my journal entries and blog posts, I feel that passion surge up in me every time those words run through my mind. Pride about research I did, a drive to do speaking drills, anticipation about upcoming tournaments…I didn’t think I had it in me anymore.

I remember deciding not to continue in college. Suddenly, many of my friendships lost the only connection they had.

No more “condo” or “speaks” or “flows”. We lost topics of discussion and couldn’t find it in us to start conversations anymore.

But others built more bridges. Some live in Atlanta and some go to college with me. Some friends ended up going to college in Atlanta, and others lived in the Illinois suburbs. Location was huge, because it offered the possibility of seeing these people again.

Debate brought us together, but we found other platforms to stand on, even after a year and a half of college.

Honestly, I thought that I’d stay involved in the community, but that idea hasn’t crossed my mind in months. I’m a proud alumni of the high school policy debate community, but nothing more than that.

Do I regret not continuing? Not at all. I can’t imagine my life being any different than the way it is right now, but I still think really fondly back on my involvement. It introduced me to new ideas, people and projects and hugely influenced who I am today.

Living in an apartment, it’s easy to get secluded from your friends. Or, rather, that’s what I call the people that I knew last year. To be frank, I’m not sure if it’s still accurate to call them my friends.

For many people, summer is the first big test of your dedication towards your friendship. Will you keep in touch, or were you just friends out of convenience, out of circumstance? Because I can tell you, the circumstances changed a whole lot for me from freshman to sophomore year.

As a result, I don’t talk to a bunch of people that I regularly did last year. So far this year, it’s been a quick wave and hello-how’s-it-going-how-are-you when you see them walking around campus, and that’s if you’re lucky. Certain people, I never see. Ever.

The saddest part, perhaps, is that it’s not a conflict that keeps you apart, it’s a mild indifference and a careless negligence that takes over as you watch the days grow longer since your last interaction.

Sometimes you watch their life go by on social media and you think…I want to text you, but I don’t want to be the one that breaks that awkward friendship ice that’s frozen over the ironically warmest time of year. Ya know?

Part of me thinks it’s just an effect of sophomore year, that this is what happens when you start to settle down. Your social life slows to a slower walk/crawl, probably exacerbated if you move off campus, like I did. Your circle of friends grows closer.

I hope what I said above isn’t taken out of context. This hasn’t happened with every person I was friends with last year. It’s just the case with a few people.

But thinking about this makes me grateful for the friends I have retained. It’s only recently that I’ve realized the value of friends who make an effort. People who reach out of their own volition, who voluntarily want to keep up with your life and spend time with you, not just when you happen to run into each other. Not just at a party. I’m talking about people who go grocery shopping with you, who study with you, who exercise with you, who walk around with you…

Freshman year Catherine would have argued fiercely against all of this, saying that you can make really meaningful relationships even if you don’t hang out with each other every single day. You can have a lot of friends in a lot of different places as long as you can keep up with them, she would have said. It diversifies your life, keeps you guessing, diffuses the possibility of awkward step-friend interactions or dumb group drama.

I still largely agree, but I do think it’s a mindset that functions the most easily for freshman students. I kept an open mind about everyone I met because I didn’t know what community I’d join or what clubs I’d become involved in. Everyone was a potential friend.

The flipside is that sometimes I had to put up with people whose personalities I didn’t jive well with, or people who I simply did not enjoy. The people-pleaser in me felt compelled to do so.

These days, I don’t feel those urges nearly as much. I’ve learned that surrounding yourself with positive, caring people is really one of the best things you can do for yourself in college. After all, it’s so easy to burn out from a stressful academic load in a competitive environment. Sometimes you need a community where you can just unwind and be yourself without fear.