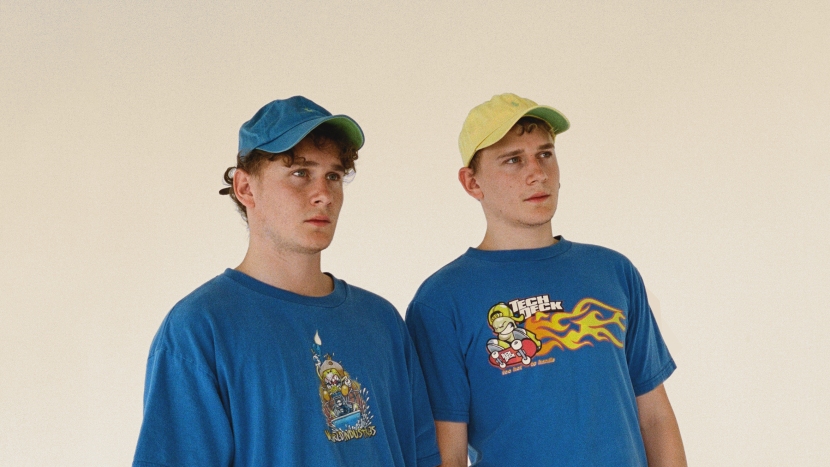 I remember listening to Cosmo’s Midnight on Youtube when I was a senior, writing my college application essays in a Starbucks one evening. This was before Spotify and Soundcloud took over, when I was listening to channels like Majestic Casual and Pandora to find new music.

You might have heard their remix of Flume’s track Sleepless, which has been streamed more than 3 million times on Youtube. I love them for their mix for Complex UK, 40 minutes of vibrant, cheery tracks. Keep scrolling for a playlist of my favorites!

Their newest single, Mind Off, is upbeat, luminous and beachy. The perfect way to end summer.

When these Australian twins first announced their show at Beat Kitchen, it felt as though my foray into electronic music had come full circle.

Cosmo’s Midnight will be at Beat Kitchen on August 25! Buy tickets here or…

Enter the giveaway for a chance to win a free pair of GA tickets to their Chicago show:

C: What is it like producing and performing with your twin brother?

It’s a pretty good deal, to be honest. We are close enough to not worry about getting touchy about not liking something the other person is doing. If something isn’t sounding right in our music, we can immediately voice it without worrying about offending each other.

C: So you’re currently touring the world – are your performances a mix of live instruments/acoustics and mixing? Or what?

So we have a drum pad and some live percussion that we mic, and a small keyboard to play some parts of songs. I (Cosmo) also control the set flow, although we might at some point have the set entirely pre-made so we can focus on only playing instruments.

C: From Lido to Wave Racer to Swindail, who have been some of your favorite people to work with and why?

Swindail is great to work with. He has a fresh and honest perspective on our music and is also good to bring into a session to shake out any bad habits that might be forming in our production. He’s very insightful and is definitely a great person to have around.

We have a bunch of shows right up until the end of the year and we’re working on a lot of new music so we’re excited to tie some new songs up and get them out there.

C: What songs/artists are you guys currently loving?

C: Are there any other up and coming artists and producers from Australia that we should be looking out for?

As just mentioned I’m really liking a group from Melbourne called Kllo. They’re really pushing a sound that isn’t really supported in Australia so I’m really proud of them for going against the grain and trying to contribute a different sonic aesthetic to what can sometimes be a stifling musical landscape.

C: What do you guys like to do in your free time when you’re not working on music?

When I’m at home I’m usually playing games or trying to find new music to enjoy that is as far removed from our own style as possible. In summer we go to the beach nearly every day. You can’t live in Sydney and not make the most of our great beaches.

C: What advice would you guys give your former selves when you were first getting into music?

To be honest I’m pretty happy with how we got into music and how we transitioned into music being a career. It all felt very natural and we didn’t really force anything. We’ve slowly built our sound and discovered what we like to make. However, if I could, I would’ve liked to have had a little more certainty on the type of music we wanted to make before we got more attention than I think we deserved. Because suddenly people might expect a certain type of music from you when you don’t even really know what you want to do or what your sound is.

*This interview has been edited for clarity.