Coincidently at school today, it’s Alter Ego Day for the seniors. If I had to think of a concrete character as my alter ego, I would probably choose Effy Stonem from UK Skins, Series 1-4. She’s almost the complete opposite from me. She wears a ton of makeup, she is very daring and bold, yet she also manages to say very few words and maintain an enigmatic air. I on the other hand, wear relatively minimal makeup, seldom do anything that would be characterized as “daring,” and am an open book. It’s pretty easy to infer what I’m thinking, based off of the look on my face. She almost always wears black black black, whereas I always wear colors. Pretty much everyday.

To interact with someone like her would probably make me paranoid. I’m uncertain whether we would get along very well, or end up very annoyed with each other, due to our vast differences. They say that opposites attract, but I’m assuming that only applies in a romantic sense.

While I feel as though Effy would be my alter ego, I sometimes think that Effy is – at times – her own alter ego. In various scenes, she is seen from a completely different angle, makeup-free and vulnerable. At her core, she seems to be a little girl with a messed up conscience. Now, dramatic Effy and I are opposites, but this doesn’t make “clean” Effy any bit similar to me. This discussion is of opposites in two separate dimensions.

What constitutes your opposite character? What determines if someone is your alter ego? I think a prime example of criteria would be the decisions made in a split second. Someone approaches us and asks if we want to go to a party. Uh, no thanks, I’m good. I have a math test tomorrow, would be something I would say in this day and time. Effy on the other hand, would probably give a half smile and walk off and come back at 6 AM, sneaking back into the house, never saying a word.

In a world where I met Effy Stonem, I’d probably be overcome with overwhelming desire to be her, as naturally as anyone would want to be the bad-ass hip girl that she first appears to be when we first meet her. But she’s my alter ego for a reason, I think. There are days when you don’t feel like yourself and don’t want to be yourself. You want to escape your personality and the way that it weighs you down, limits what you can do in front of others. It’s days like these that make me want to put on ripped, black clothing and go to parties and be daring.

But in general, I’m pretty content with who I am. I wouldn’t be jealous of her personality and persona simply because we are so different, and that on an average day, I would probably not befriend her very easily. But life can surprise you, and you can become friends with someone you never envisioned before, which is why the concept of alter egos is totally acceptable, and why it’s 100% appropriate to have a relapse into a cycle of envy and desire to be who you aren’t. 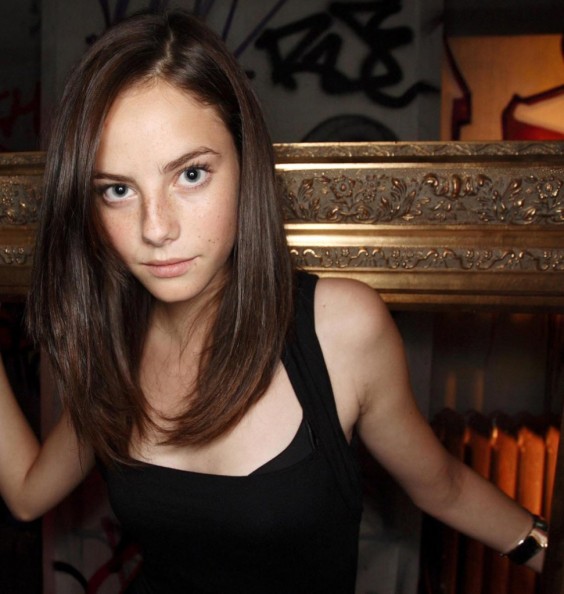