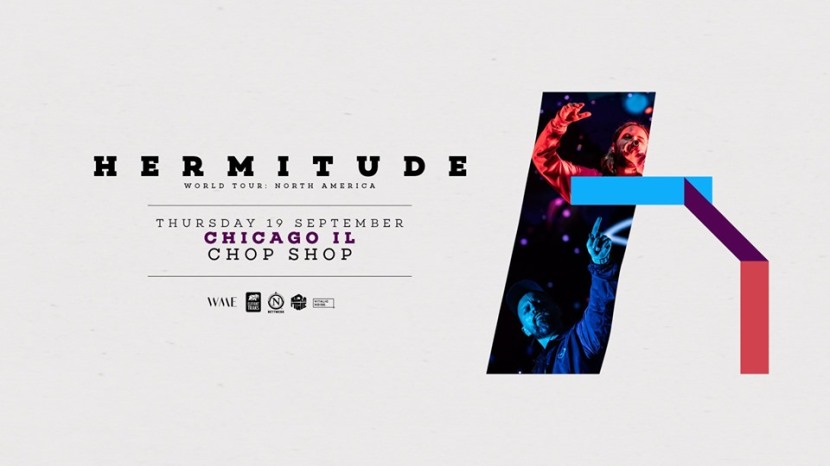 Hermitude will be at Chop Shop with supporting act MEMBA Thursday, September 19!

[Giveaway is closed – thank you to all that entered! Winner has been contacted.]

You’ve probably heard of and listened to Hermitude from either Flume’s remix of their track “HyperParadise” or perhaps their 2015 track “The Buzz“, which has over 87 million streams on Spotify.

In the past few months they’ve unleashed a number of new singles and collaborated with many different artists. Each release so far has been starkly different, with both production and singers drawing influences from various genres of music including hip hop, blues, jazz, and reggae.

At the end of 2018, they released “Stupid World” with Bibi Bourelly. Their first release since 2016 was a bit more moody and serious than what listeners were used to. Bibi Bourelly’s emotion-packed voice “commands attention” and accompanies an expressive music video featuring dancer/model Marcus Braggs.

Earlier this year, they released “Every Day” with Canadian artist Hoodlem, a track that was inspired by Hermitude often being on the road performing at shows over the past few years.

It starts with muted synths that slowly swell before exploding into a pop-heavy drop. I can see this track going off at music festivals and concerts.

The music video features dancer Courtney Campbell yearning to express her passion by dancing in a subway station and out on the streets. She does an incredible job telling a narrative not just with her body, but with her facial expressions.

Many artists also deepened the conversation with remixes of the track, including Com Truise and Slow Magic.

“Northern Lights” dropped just two months ago, with Hermitude bringing on vocalist Soaky Siren and Grammy winner Vory, who raps on the track.

It starts off with a romantic duet between Vory and Soaky Siren before leading to a cataclysmic future bass drop full of energy.

Hermitude noted that the track was “part homage to early dance and rave music, which we love, but also mixed with a signature Hermi drop that’s likely to blow a few wigs back.”

Their most recent release from less than a month ago, “OneFourThree” features Buddy and BJ The Chicago Kid. Buddy’s lyrics tell a story about good music and mood setting the scene for a summer fling, complimented by BJ’s smooth, satiny voice. All this against Hermitude’s groovy, laidback production really lets the vocalists shine through.

They’re currently busy finishing up a new album called pollyanarchy that’s slated to be released at the end of this year, and are about to embark on a world tour spanning four continents, hitting Asia, the States, New Zealand, and Australia. Between mixing and mastering and rehearsing for their upcoming live shows, they found time to hop on the phone and chat with me. Thanks guys! 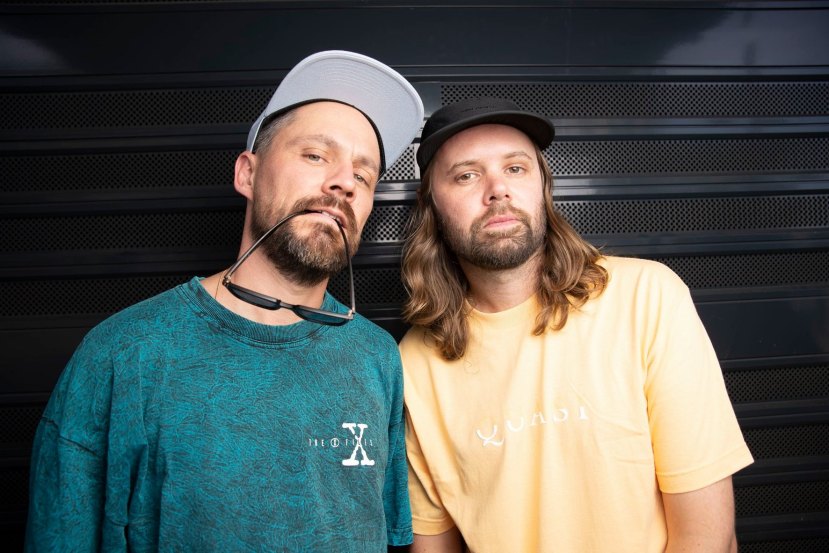 In terms of what to expect in their live sets, Hermitude plan to play a mix of old and new tracks. If you’ve ever seen them perform in the past, you may have seen Dubs bust out his keytar, the keyboard/guitar that he uses to freestyle at the front of the stage.

“They’re pretty fun to play for a piano player like myself,” said Dubs. “It gives me the opportunity to come up front and rock out.”

“I’m trying to get him to tease his hair and put on some 80’s style clothes,” said Gusto. “Some tight leather pants, so he can do some serious 80’s moves out the front while he plays it.”

Then they proceeded to ask me if I had any recs for “op shops,” or thrift shops around the Chicago area to stop at. I had to stop and ask for clarification, but eventually caught onto their Australian slang.

Hermitude’s ability to improvise and engage the crowd distinguishes them from other producers who just stand behind the decks during the whole set.

What music are you currently listening to?

What do you like to do in your free time?

El Gusto: I like to play basketball and I like to barbecue. Slow cooking meat is a really fun past-time for me.

Luke Dubber: I also like cooking. I play a bit of golf. I recently moved out into the forest; we call it bush over here. I try and go on a few bush walks here and there.

Dubber: I’ve thrown the razor in the bin.

What do you think you’d be doing if it weren’t for music?

Gusto: I’d be running a sandwich shop. All I’d make is probably three different types of sandwiches and that’s it. Reuben’s are pretty popular. There’s also your standard salad sandwich…then there’s a Vegemite sandwich, vegemite & cheese. My latest mission is actually to make the best Cubano sandwich I can possibly make.

Dubs: I’ve always been interested in the weather, so perhaps I’d be a meteorologist or a rally car driver.