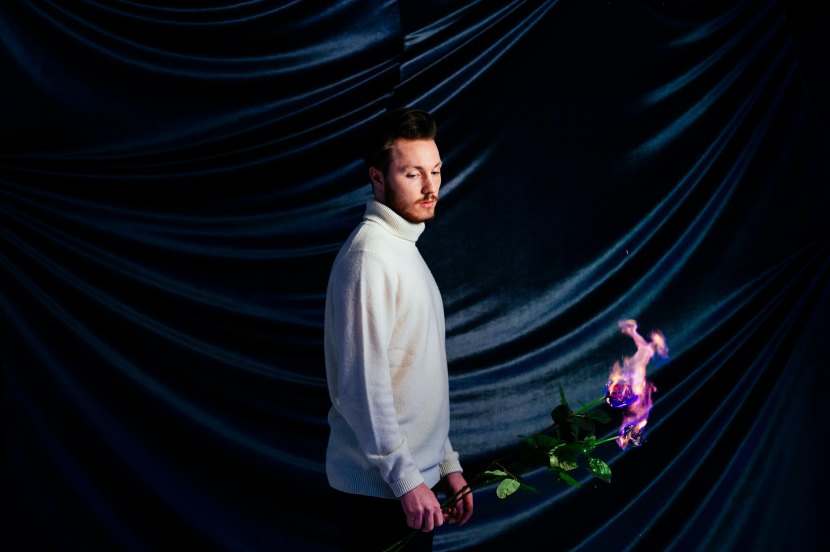 Taska Black will be at Chop Shop with supporting act Rome in Silver Saturday, October 12!

ENTER TO WIN A PAIR OF TICKETS OR BUY TICKETS HERE!

23-year-old Joachim Gorrebeeck aka Taska Black from Antwerp, Belgium first caught my attention when I heard his track “Leave Me” in 2016 off of San Holo’s music label, bitbird. It starts off slow, sultry and orchestral, before building into a synth-heavy, epic drop.

Since then, he’s put out a slew of versatile music, from triumphant and uplifting tracks like “Where We Go” to a guitar-heavy collaboration with San Holo called “Right Here Right Now“, and even an emotional 5-track release in 2018, the MINDS EP. He also performed with San Holo on his album1 tour, hitting major venues like Red Rocks in Denver, Stereo Live in Houston, and even Chicago’s own Aragon Ballroom.

His latest two singles, “Backwards Love” and “No Paradise,” could not be more different. “Backwards Love” is a feel-good track with vocalist TRACE, who brings her dreamy, intimate vocals, while “No Paradise” is darker, and hints at elements of his drum and bass background.

He’s grown more confident as both a person and a performer, and his production style has evolved as he continues to hone his own unique sound. His melodic and cinematic releases vibe well with the tunes of other bitbird artists like San Holo, DROELOE, EASTGHOST, Rome in Silver & more.

The Black List will be his first headline tour, and will stop at major cities including San Francisco, Denver, Los Angeles and of course, Chicago. In addition to his DJ set, he also plans to incorporate live guitar into his performances.

At the age of 4, he was learning to play the violin and soon after picked up piano, while enrolled at music school in Belgium. Early in life, he grew up listening to the music of rock bands like Nirvana and Limp Biskit, before discovering electronic music through dubstep artists like Deadmau5, Flux Pavilion and Doctor P, as well as drum and bass labels like UKF. By age 12, he was teaching himself how to produce music.

When he was 16, his friends threw a party and asked him to come DJ.

“I still remember that it was a 200 cap room, and it was one of the best nights. Taska Black didn’t even exist yet, but it was really really good,” he said. “I love the energy and how personal it can be when you play a small venue, and to clearly see the responses on their faces.”

He started off making drum and bass music, but his production shifted as he started to listen to more future bass and pop music, ultimately reaching a turning point at age 18. With his earliest releases, he started sending his music out to labels and blogs, and caught the ears of San Holo’s record label, bitbird.

A few years ago, Gorrebeeck decided to drop out of college to make music full-time. The stress of the bold choice, combined with nerves from some of his first live shows as Taska Black, took a toll on his mental health.

“What I struggled with was basically anxiety,” he said. “It’s just part of my personality to get subconsciously stressed about things.”

He’s had to learn to balance his work with free time, making an effort to work out, do breathing exercises, and eat well.

Transitioning to making music full time has also changed his perspective on personal growth as an artist. While it’s not the same wild passion that he felt in the earliest days as a producer, what he feels now instead is a steady determination and will to create.

“The biggest thing is, you get the feeling you’re making progress, and that’s the biggest motivator of all time.”