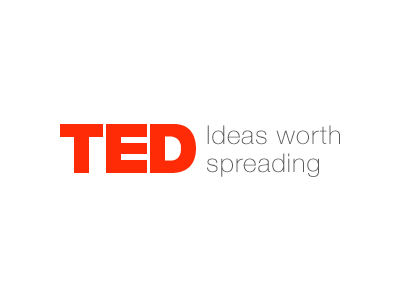 This one is popular because it’s short and funny! There’s a picture of a cute duck, and most of the viewers found this through a writing challenge that I did online, in which I left a link back to my blog. Not much more to say about this post, there’s not really an underlying meaning, except I suppose to question the legitimacy of eggs, but I don’t mind eating eggs and I’m not really disgusted about where it comes from, but hey, that’s just me.

This guest post finally addresses one of the biggest themes that blogs rant about, that I have yet to acknowledge: love. Specifically, teenage love. I haven’t been able to bring myself to write about it because I know I’ll get lots of questions and pesterings from the people that know me personally, so I suppose for now the only time you’ll hear about love on this blog is when anonymous people submit their writing to me. Perhaps later, I’ll feel confident enough to state my opinion on teenage love, but for now, I think I’ll refrain from it.

This post is popular because I advertise it a lot. I slip it into a lot of other posts whenever writing is relevant, and that’s one of the best methods to get more hits on your blog. I think my teachers probably appreciate this one the most because it shows that I’ve learned something from my eleven years of English class. I made this one general and applicable to anyone on purpose; I knew people would be able to relate to it, and I guess that shows, through the amount of times it has been read.

I know why this one is so popular. For starters, it is the first “This Kid I Know” post I wrote, so no one was expecting me to be so straight up about the people that I know and respect. Secondly, I posted this on his Facebook wall on his birthday, so that definitely generated a lot of views. Perhaps Holmes liked the post so much that he shared it with a lot of friends? I haven’t asked, so I guess I’ll never know for sure. The post was short, sweet, and to the point. I know that high school kids definitely appreciate this kind of post. And they’re eager to find out who exactly this Holmes kid is. (He’s world-famous, by the way.)

3. Welcome To My Closet

Perhaps this one was pretty popular because I wrote it in a different style than I normally do. It was unconventional for me; it was more of a shot at creative writing. I wanted to test and exercise the way I could depict details, so that the reader could imagine themselves in my closet through my words. This post was a work in progress for MONTHS but one night I finally finished it after sitting in my closet for an hour or two, rifling through my special box.

I’m genuinely surprised that this wasn’t #1! Whenever I find new blogs, I always look at their About page to find out whether or not we have anything in common, and whether or not I think I’d be interested in reading their blog. An About page is basically a mini autobiography in which the writer can write anything they want, in whatever form they want to. This is their moment to hook in potential loyal followers by preaching to them what exactly it is that they write about, and why exactly the follower should make like a follower, and…follow. I edit this page a lot because I always want to get the best message across to people who stumble upon my blog.

1. What it Means to Debate

I suppose this one has been the most popular because I posted the links on my Gchat account, and on my Facebook page, and a great portion of my friends on both social networking sites ARE debaters, so when they saw a post about something that was relevant to them, they just had to read it. This post was one of the first I had planned to write, but I didn’t get around to actually writing it until a few weeks later. At that point, we were a little ways into the debate season, and so I would be able to pull examples and concepts from the tournaments that I’d gone to for inspiration to write about in my post, as well as the seven weeks of debate camp I also attended over the summer. I think this post was popular because it’s policy debate is something that I genuinely care about, but also because debaters have a tendency to link things to each other in a flash, so perhaps it traveled quickly?