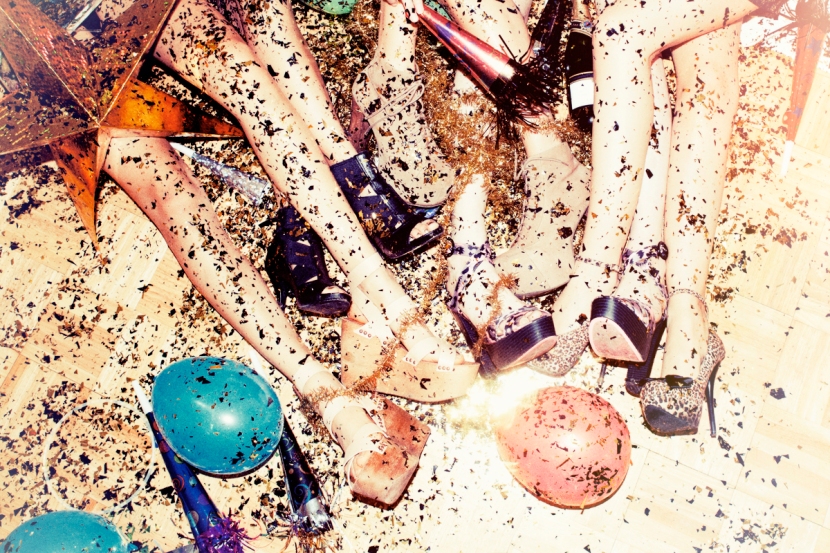 2013 was the year of the snake, aka the year of the struggle. It was all of the pent up stress of dealing with college, depicted in sighs, tears, and teeth-gnashing. As the clock strikes 12 on New Years’, seniors all over the country will one-by-one fall back exhausted into their beds, saying to themselves with a grimace, “I did it. I made it. Second semester senior, here we are.”

In the case of the optimist and the pessimist, which one are you?

Which one am I?

I think it’s safe to say that most of us fall somewhere in between. One thing that I know, that you know, and that everyone who is out there making resolutions knows, is that every year will be bumpy, with its own unique ups-and-downs.

Because we are all some combination of optimist to pessimist, we will all have some reason to say good riddance to 2013, but also some lingering that makes us want to look back fondly. And we’re all going to cringe at the thought of 2014, while secretly looking forward to it in anticipation.

We all know with some certainty what went down in 2013. Mistakes were made, but you also met some really lovely people. What more is there to do than to remember all of the good times? Why forget the bad, when you can use them to teach yourself a lesson?

The optimist in me would say: 2014 is the culmination of all of my years in school, and it is as much about transition as it is about finishing off my high school career with a bang.

I can certainly say that this year will be like no other. I’m sorry that I can’t characterize 2014 with more than just the word “graduation,” because that measly ten letter word defines almost the entirety of 2014. Until May 17th, I will be preparing for graduation. After May 17th, I will be basking in the glory of all that graduation day has left me with.

The pessimist in me would say: 2013 was a combination of the second semester of your junior year and the first semester of your senior year. You tore your hair out and angsted over the college process. Good riddance.

2014 is the year where you become the scum on the bottom of your shoe. You thought you were the top dog in high school? Psh, enjoy it while it lasts, because in college there’s a definite hierarchy, and it’s evident not in the priority that upperclassmen get in picking courses, but in every other facet of your college lifestyle.

But even as I write the above, I’m tempted to correct myself because the details aren’t as devastating as I thought they would be. Even if 2013 was bad, why drag that negativity into 2014 with you? You made it through in one piece.

Falling down the social ladder is both inevitable and natural, because it’s a sign of transition. You as an individual may have fallen, but now you’re climbing a ladder that’s a whole story higher than where you were last year. You’ll get to the top of that ladder in due time; life is the continual climbing of different ladders. It makes you question what’s at the top, doesn’t it? Sigh, society man, society (quote from Into the Wild).

I think I’m more optimist than pessimist. I can deal.