In a Bustle article, a woman de-constructed her Instagram pictures and explained them in two ways: how she hopes they come across, and the actual thought process that accompanied each post.

My interest in this app has waxed and waned over the years, but in my earliest days, when I was obsessed with getting followers and likes, I used to use 30 hashtags (I kid you not) hoping that my posts would trend just a little bit.

I’ve only admitted this to two people so far, so two thousand or so more can’t hurt, right?

I’ve come a long way, mostly abandoning the popular practice of hashtagging, but it’s time to be brutally honest.

I think the way people interact with their Instagrams is important, because this app is a visual representation (or so we hope) of ourselves, in a world where people have become increasingly obsessed with the way they are portrayed.

We care about the number of followers and likes that we get so much that we have websites dedicated to tracking and analyzing all of these things. (Don’t lie, you’ve visited Friend or Follow at least once.)

The editing that the latest updates allow, along with the variety of filters available has basically allowed IG to become our own DIY public Photoshop space.

Isn’t that exactly what social commentaries have been attacking for so long??

It’s important to remember that much of what we broadcast to others is posed and posted with other intentions in mind.

Even a few weeks can illustrate a progression, so here are ten of my latest Instagram pics, explained brutally and honestly:

10) The one from Snapchat, because I decided that 24 hours not enough. I gave you a purposeful glimpse of painted toes and a diagonal tilt on the pan of brownies, with an obvious filter. 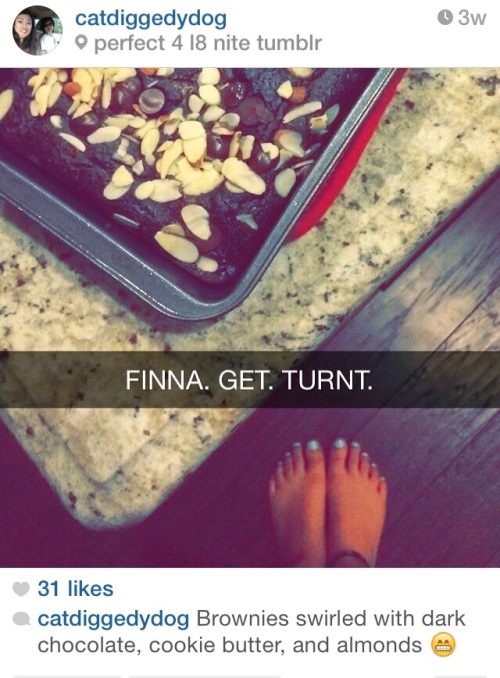 9) The #tbt with the intentionally vague caption: I was obviously thinking about a boy when I posted this and reminiscing about long hair and showcasing my bright pink nails, while attractively gazing off into the distance. #itiswhatitis 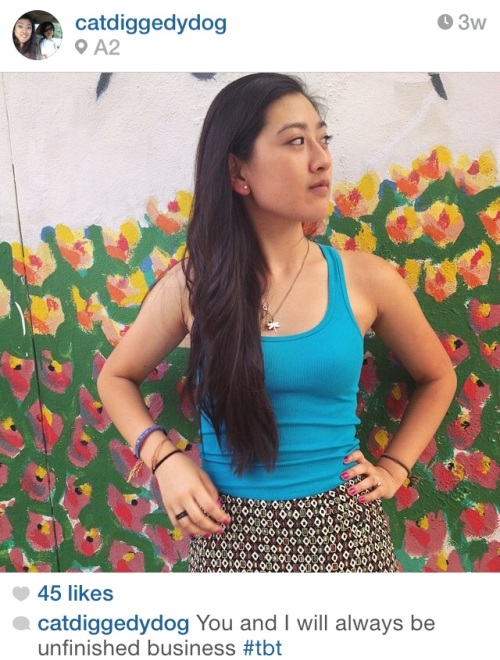 8) The classic #tbt: a resurfacing of Graduation day, something lots of my followers have experienced. I liked this pic because my fingers looked cool and my eyes were half-closed. I remember filtering this the day it was taken. 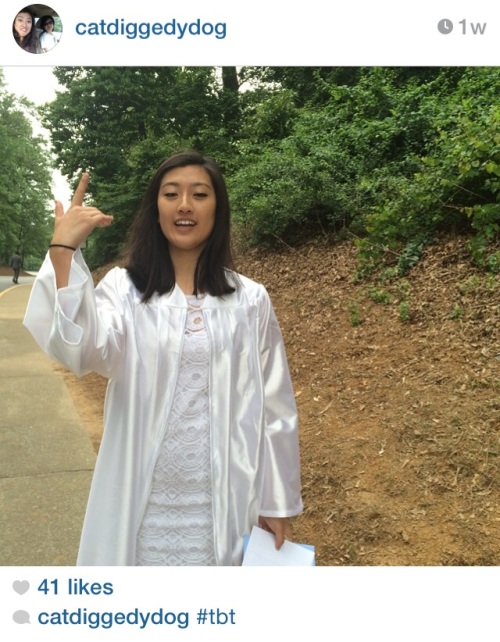 7) The obvious bikini pic: our makeup had also, at this point in the day, smeared beautifully. 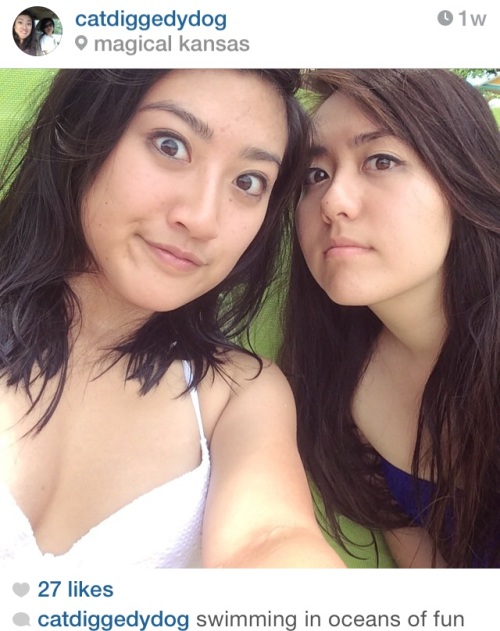 6) The action shot: this is an unconventional bikini picture, since it’s not even a close-up. Apologies for the profanity, but it was there to demonstrate the fierceness through which I became a bird in that moment. I was pissed when I posted the picture because I realized that the bird emoji had spilled onto the second line, but whatever. 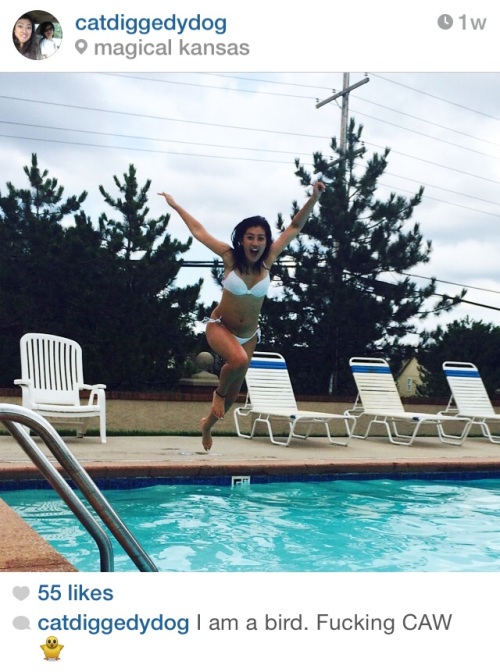 5) My ugly double chin: I decided to post this in the spur of the moment and laughed every time this photo got a thumbs up. I knew that I looked bad and that my left hand looked too big for my body, and my forehead looked kind of shiny, but in that instant, I really, really didn’t care. 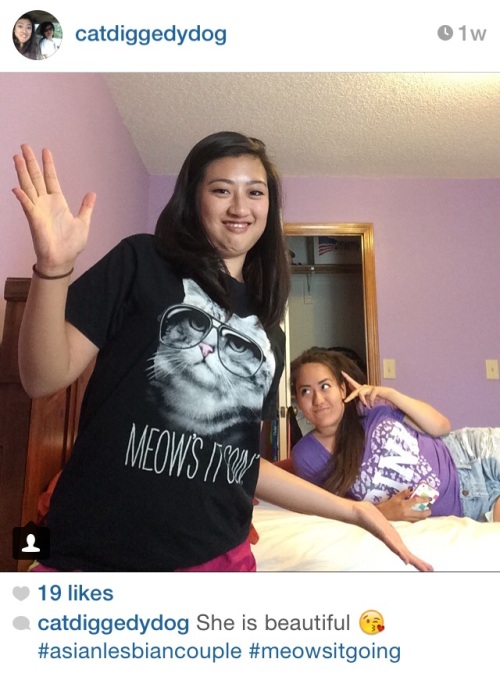 4) The outdoor pic: this was auto-enhanced by the editing features of the iPhone 5S; I thought my stomach looked kind of swollen but decided that the goat looked cute; ergo this was posted to demonstrate to others that yes, I do indeed leave my bed once in a while and do fun things in the daylight. 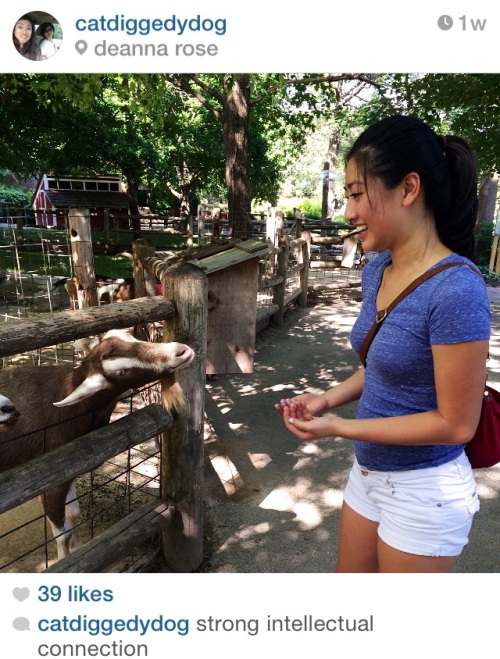 3) The incognito nature shot: this beautiful river pic is also a bikini shot from the back because the other river pics featured two of my best friends, Fat Roll #1 and #2. But this is from the summer of 2011 and I did post this at 2AM one night when I was having a bout of nostalgia. 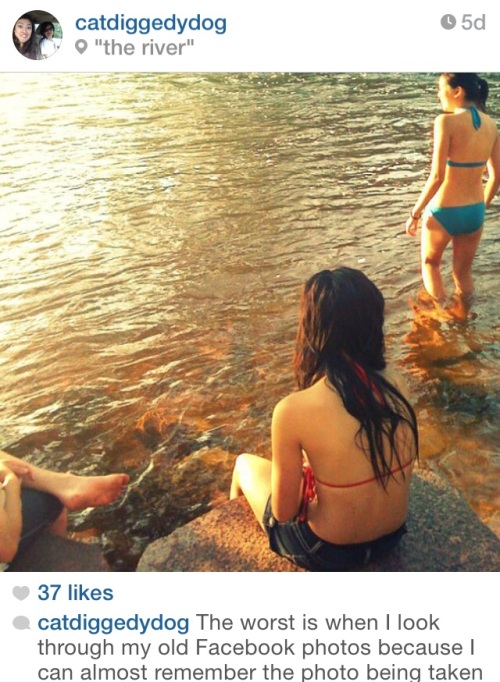 2) The #nomakeupmonday shot: I took this selfie, looked at it, and considered re-taking it from another angle but then realized that to do so would contradict the whole point of the picture. I posted this because I’ve been having moral issues with makeup and confidence crises, and decided that a total purge might help. 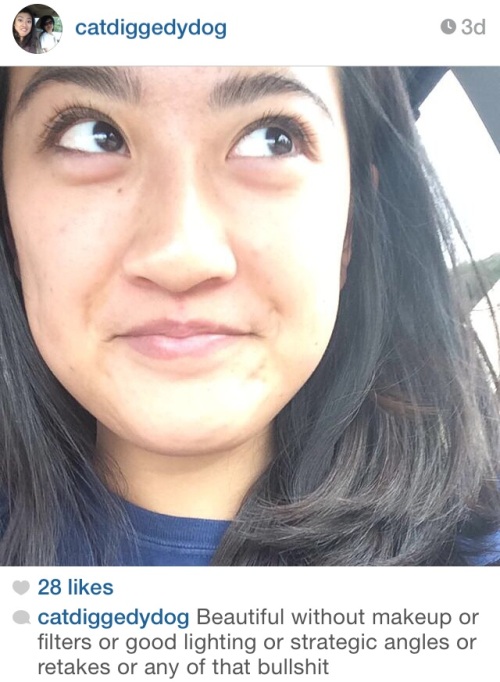 1) The food pic: this was taken with the Chrome filter feature on the iPhone 5S. Everyone loves but secretly hates food shots, but I was hoping that this one might be okay, since I do run a food blog and sometimes use Instagram to promote it. 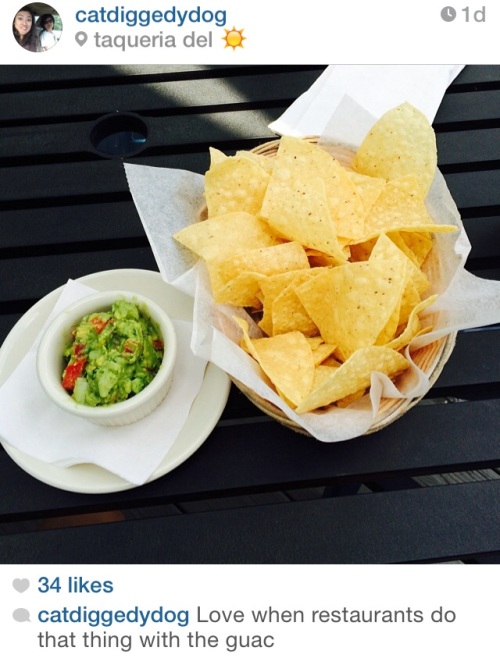 Credit for this song goes to my sister.