Jeremy and I go way back.

We met completely coincidentally, through my freshman year roommate. He and I lived together in the same dorm, but it was Super Smash Bros and Eat Dem Boyz that really brought us together.

Eat Dem Boyz was the familial friend group that we (Jeremy, I, and 4 other guys who lived in our dorm) formed during fall quarter. We formed a GroupMe to coordinate video games and organize dinners, and spent weeknights ordering in or heading out to grab food and talk about all sorts of things, politics, high school experiences and one in particular that I remember: random funny nicknames we/other people we knew had, and how we/they got them.

The first Eat Dem Boyz outing was a sort of hodgepodge. Some of us had math midterms, Jeremy had fencing practice (I’m 70% sure about this), and we were aiming for all-you-can-eat sushi for dinner. Eat Dem Boyz was later unofficially established that evening at Todoroki.

Well, winter quarter came, half of the group rushed, the group has sort of disintegrated since then, and although we may not have Elder anymore, we have plenty of beach days, Norris meetups and low-key parties planned. I know that I can always count on you to head back to Sunday Night Cider when we’re feeling particularly nostalgic.

Jeremy, you’ve been a constant in my life since fall quarter of freshman year, and it’s time.

Here it is, Jeremy. Here it is.

Take me back to that gloriously warm and bright Sunday afternoon when you, Maddy and I went to Crisp off the Belmont stop and had some of the most delicious Korean fried chicken of my life! 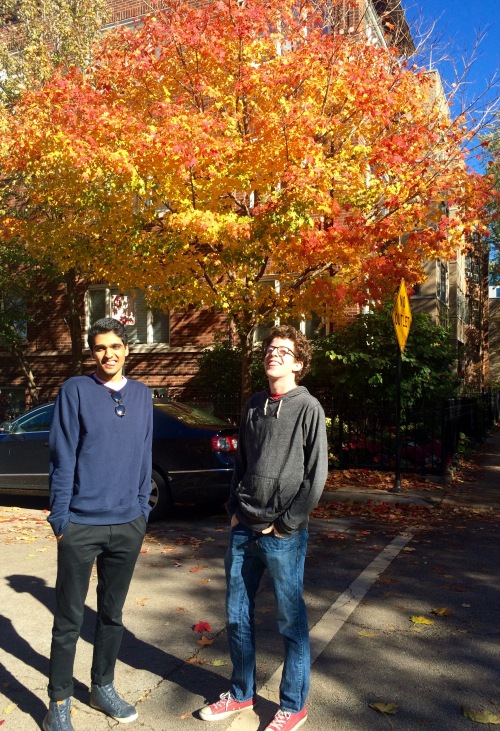 I haven’t heard a single negative thing about you.

You’re a terrific RA, a phenomenal student (I can verify this for Math 224!), but most importantly, you’re a true friend. Super easy-going and drama-free, you’re always up for anything. Smash at 2AM? Late night Lisa’s run? Sunday brunch? Everything but fondue!! LOL!!

I can always expect you to show up in Converse and a “nerdy-chic” graphic tee, full-on jewfro.

When I hear “Jeremy”, I think of the guy who gets along with everyone. You’re always kept together, following your own path. Set on CE and bound to go amazing places in life.

Thank you for apple juice. Thank you for greeting me from a distance by dancing up and down whenever we see each other.

Thank you for bringing your girlfriend over to make pancakes. It turned into one of the most entertaining afternoons, with music, good food, and a raging card game with a circle of friends.

Thank you for helping me with math problems even though there’s nothing in it for you.

I’ll hop off the L anytime for you, bud. Oh, and you still owe me a movie!