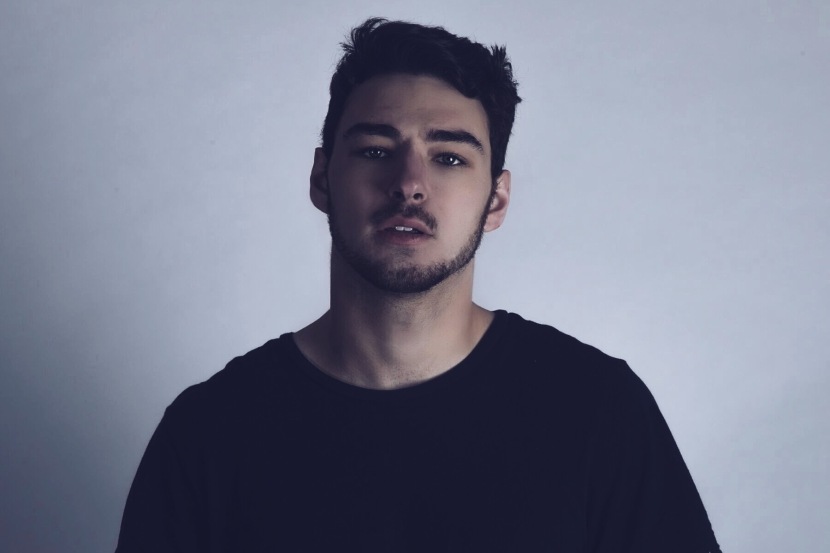 Christian Smith, also known as Crankdat, talks about his upcoming festival debut at #Fest (Number Fest) and answers a lightning round of questions about new music, his favorite artists on Twitter, and more.

Crankdat will be at Subterranean this Friday! Congrats to Brian T., who won tickets for him and a +1!

Catherine: How did you get into EDM and music production?

Crankdat: I got into EDM and producing after a friend introduced me to Skrillex’s music back in 2011 or 2012. After being a listener for so long, I was intrigued as to exactly how these electronic musicians made this music, so I decided to dive in and do my research. I discovered FL studio, my parents bought it for me that Christmas, and everything pretty much took off from there!

What came first, mixing or producing?

Producing came first. I remember I wanted to learn how to DJ for the longest time when I was younger, but aside from downloading Virtual DJ on my laptop, I never really messed with it. After a few months of producing, I began to dabble with DJing. Nothing serious though. I actually didn’t touch a pair of CDJs until 2016.

Why’d you decide to do music full-time?

I decided to do music full-time for a lot of reasons, but ultimately because I love it and it was an opportunity that, if I didn’t take, I would regret for the rest of my life.

How does it feel to be playing #Fest in Ohio, where you’re from?

Last year I went and chilled in the crowd on The Chainsmoker’s guest list (this was before they blew the hell up). This year I get to play. I’m encouraged and excited to work for another 365 days, and see how much further along I’ll be at this time next year. But back to the home state thing, it’ll be cool. A lot of my friends will be there. I’m excited.

What differences do you anticipate playing at a festival versus a concert?

I think crowds at festivals have a different kind of energy than at clubs/shows. I’ve actually been working on a lot of music to cater to that, as ultimately my goal is to be a festival act. It isn’t necessarily the most aggressive music, as much as it is just effective music, especially being played on a main stage.

What are you most excited about for Number Fest?

I’m most excited to get to try out all this music I have sitting here. The “new era” of Crankdat. I’m pretty much premiering it all there.

What’s next for you?

The Gear Up Tour will more than likely continue onto Phase 3, and I’m going to continue to work in the studio to develop this new style of music I’ve been working on.

What advice do you have for people interested in performing/producing?

My biggest piece of advice is to always be a student of the game. I watched the artists who came before me rise from nothing (I was just talking with Scott from Slander about this the other day) and studied EXACTLY what they did and how they did it. Even now, learning and adapting and creatively pushing yourself is what separates one level of artistry from the next. EDM is a constantly-changing battleground, and you have to be able to adapt just as well as you have to be able to innovate.

What’s something most people don’t know about you?

I was a D1 college athlete before I dropped out.

Oshi. Because this one time he tweeted something about wearing Thrasher and shoving a skateboard up your ass, and I laughed for about 30 minutes straight. LUCA LUSH is also a really entertaining Tweeter.

What’s your dream festival to perform at?

I’ve been really into “Thinking About You” by Axwell Λ Ingrosso this past month.

*This interview has been edited for clarity.

Buy tickets for Crankdat’s Chicago show at Subterranean on Ticketfly

Buy tickets for #Fest in Columbus, OH on April 21-22 on Eventbrite