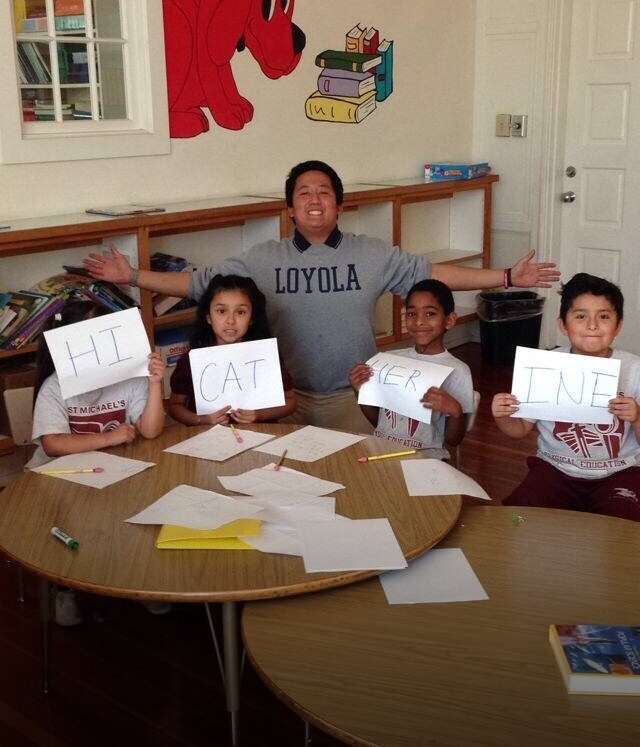 Isn’t this about the cutest thing you’ve ever seen?

Looks are deceiving. I love driving up next to people who see an innocent-looking Asian girl, only to be disproved by my rolling down the window and unleashing hell in the form of sizzurpin’ trap music (I didn’t use that word correctly).

Similarly, one of the toughest looking guys out there is an emotional sweetie (in the most macho way possible).

Curtis and I met last year at debate camp (what’s new), though we barely talked. We didn’t really become friends until our mutual friend Greg helped me to convince him that I had gone to jail for starting a fight, and that I had a mad potato tattoo on my stomach.

It seems like he’s in and out of the ER every week, having broken a foot or sprained an ankle.

It also seems like he shaves his head EVERY OTHER WEEK but it just keeps.growing.back.

Our friendship is, for the large part, online, since him and I lived at literal ends of the country during our senior year.

But I mean, we do it well. He’s one of the few long distance friendships that is actually somewhat successful; we just make it work. We’ve only seen each other twice in the past year.

I’ve always said that it’s not as much about when someone comes into your life, but rather, about if they stay. He stays.

He consistently fights for the coveted spot of #1 best friend on Snapchat, and currently he is winning the war.

But what I love most about him?

He is a listener.

As someone who is generally considered by others a listener, in which I rarely talk about myself and let others dominate the conversation, it is incredibly refreshing to have someone in my life where the conversation is a lot more balanced.

Curtis not only listens, but he responds and then helps me get through my problem, not trying to rush the subject along or insert something about his life. Then he checks up with me later about how I’m dealing with a problem. I love that.

He is one of the strongest supporters of this blog and always encourages me to try harder with everything that I’m doing.

Knowing him makes me remember that people are three-dimensional and incredibly complex and nuanced beings. A person is influenced but not solely comprised of their past, present, and future.