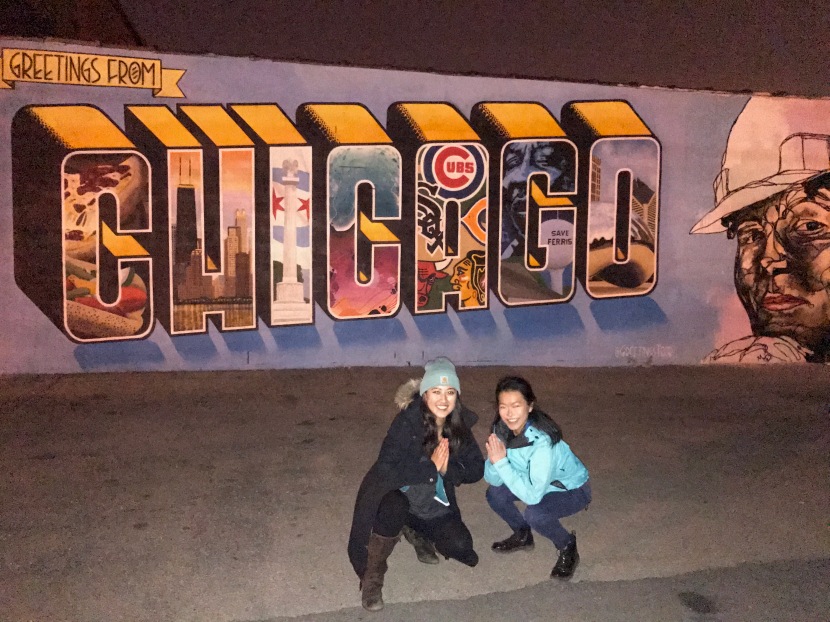 We’ve come so far from me attending your birthday party freshman year at that hibachi dinner where I didn’t know anyone well.

Though I didn’t know it at the time, that night I met a lot of people I currently hang out with. But back then I was just watching the hibachi guy and trying not to be super awkward.

It’s crazy that we’ve known each other for so long – looking back, we’ve had an absolute blast pigging out at the Argyle Night Market on the cheapest, best food ever (those chicken wings were DANK) to making dumplings with Christina to raving hard at Marshmello (thanks for cheering me on at Lolla). More so, you’re always up to take do pictures together – thanks for indulging my inner basic bitch. I’ll be your photographer whenever you want, just say the word.

You know, we’ve never taken classes together so technically there’s no basis for what I’m about to say, BUT…from our interactions – the way you manage time and your mindset about work and research – I can sense that you’re a very hardworking and diligent person.

And while our music tastes aren’t super similar, there’s still some overlap. More, I love that we’re open to each other’s preferences – indie alternative music was my shit.

And finally, THANK YOU for the awesome food recs and your extensive knowledge of West Loop and River North. Your suggestions make for the best happy hours, best slices of pizza, best tapas…hell, even the best instant pho – something I didn’t even know I needed.

The best part? Now we can go to more of those happy hours together!!