Underground? Up and coming? Little known? Either way, you should give these artists a listen.

I had a lot of fun putting this together because I basically went through my Soundcloud library and narrowed it down to 10 artists that I love, with fewer than 50,000 followers each. The results surprised me, because these are some of my all-time favorite songs. It’s bizarre to think that so many people haven’t heard of Juelz, Vindata or CRAY…until now.

California puts out a lot of good talent.

Women are underrepresented in the industry.

There’s no age limit when it comes to creating wonderful music.

This Canadian trap and dubstep artist collaborated with Greater Than on one of my favorite tracks from summer 2016, a remix of Flux Pavilion’s “Who Wants to Rock”.

A few of his songs made it onto Circus Three, a Circus Records album presented by Flux Pavilion and Doctor P, to give you a sense of what his musical style is like.

This future bass artist now living in San Francisco actually went to Northwestern, and I have two legitimate mutual friends with him!

He’s put out a bunch of high-quality remixes and original tracks, from his first song ‘Glow’ that blew up, to his most recent work, his remix of a Lost Kings song.

His music is light and ethereal, and reminds me of Louis the Child (link) and Cosmo’s Midnight (link).

Best songs: Miss You, You Could Be Down, Lost Kings – Phone Down (Justice Skolnik Remix)

It was definitely either Christina or Maddy who first showed me Juelz. This Vancouver artist puts out heavy bass-laden trap songs with some irresistible beats. Seriously, I’ve been obsessed with many of his songs, listening to them on repeat when I’m cooking in the kitchen or when I go to the gym (a rare occasion).

He’s part of the music label collective Flow Fi, home to other underground artists such as Maximus MMC, Herzeloyde and RVDICAL THE KID (link).

This Japanese guy…has been featured in a lot of Boombox Cartel and Alison Wonderland sets. When I hear his tracks, my ears immediately perk up and I scour the tracklist to find out who put together this masterpiece.

His music taste is…methodical and calculated, but in a hype way, and I’m eager to explore the rest of his work.

My love for rage logic goes back to freshman year, when I first heard his song ‘grind’. It’s such a banger, catching you with that delayed drop at 0:25. It’s simple, but THUDS HARD. His style reminds me of Mr. Carmack, and he’s collaborated with lesser-known artists such as sober rob (link) and mo vibez (link).

He just seems like a guy chilling in LA listening to good music and getting inspired. The dream!

I first heard Cray’s remix of Ray Volpe’s “By Your Side” in Vindata’s Ultra set (mentioned later). The drop is not straightforwardly dramatic, but it’s warped and substantial, and definitely caught my attention.

I also heard ‘BTFU’ in Ekali’s Too Future mix, Vincent’s SnowGlobe mixtape and Habstrakt’s The French Press Mix. She’s gonna catch on and be a big name one day, I can just feel it.

This LA producer is one of the few female DJ’s that I follow, and I’m excited to see what she has in store. She has very similar taste to mine – trap and future bass – and if you want to get to know her better, listen to EARMILK Presents: CRAY or NEST HQ MiniMix: CRAY.

Best songs: By Your Side (CRAY Remix), BTFU, Infinity Signs

See, it’s cool because Mark Johns is also female, and I’m not sure she even produces music, but she’s a fantastic vocalist and has collaborated with a variety of artists, from Manila Killa to The Glitch Mob.

Naomie, who was originally from Singapore but now lives in LA, is one of the newest members of OWSLA and was discovered by Skrillex himself. Her voice is rich and emotional, and pairs well with all sorts of music styles.

My first encounter with Yahtzel was back in high school when I heard his song ‘High With Me’ on YOUTUBE. I was like…this is simultaneously one of the most chill but also epic songs I’ve ever heard. I’ve listened to it countless times over the years, but only recently became acquainted with his other music.

The Australian producer has been working with similar artists such as Carmada and LDRU, and puts out psychedelic, wavey tracks that will leave you floating in a pool of celestial music.

Best songs: High With Me, Beached, L D R U & Yahtzel – The Only One 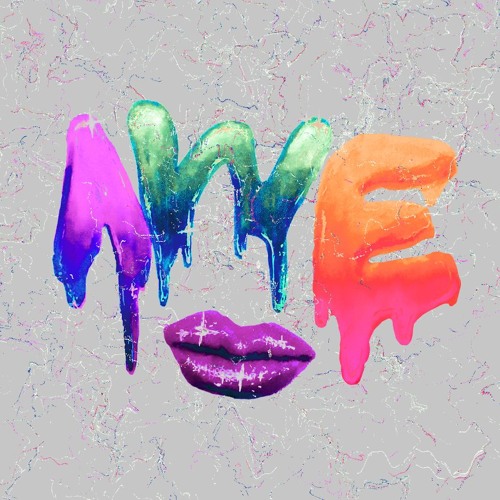 This prolific LA-based artist has been putting out music consistently over the past three years, though his Eagle Soul EP has got to be my favorite. His versatile style is all over the place, but I’m hesitant to put a label to it, because his recent works are some of the most creative and out-there I’ve heard.

He belongs to the Team Supreme record label, which also supports some of my favorite artists like Djemba Djemba, Mr. Carmack and Penthouse Penthouse (link).

These two guys from LA put out extremely happy, upbeat music that makes me smile and dance – hard. They’re a part of Skrillex’s record label OWSLA and sound like a blend of Wave Racer and Hoodboi (link).

Gerardo loves them. I love their Ultra set.